Well, praise the Lord of Light! 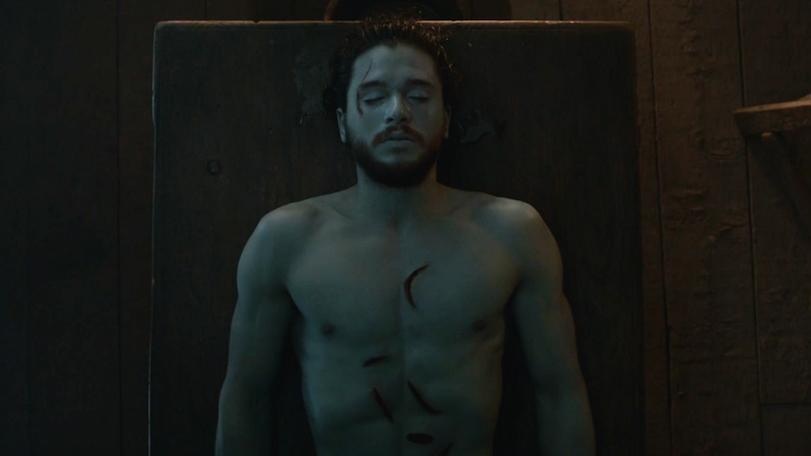 Game of Thrones Season 6 Episode 2 Recap
A lot was riding on this second episode after the anticipation the first one built. At this point we are still wondering if Jon Snow is going to live or if the only reason for Kit Harrington getting a credit was for his lifeless body. We also knew from the preview we were finally going to see what Bran’s been up to these days… How did we do in episode 2? [SPOILERS AHEAD] The episode opened with Bran and the Three-Eyed Raven in the cave up North having visions, but rather of the future, we journey to the past. For months, we got news after news about some casting calls for this season that indicated there would be, most likely, flashbacks to the previous Stark generation and we got to see them. Turns out the visions took them to a time when Bran’s father Ned was a young boy with his little brother Benjen and sister Lyanna. We also find out that not only Hodor is not called Hodor (his actual name is Willas), but he used to speak in full sentences. Meera looks into the vast wintery isolation. Essentially, she is bored. Back in Mereen, Tyrion points out to the remaining of Khaleesi’s loyal subject that her children must be very hungry. He decides he is going to go in the dungeon and take matters into his own hands, decision he regrets automatically after one of the dragons prepares a delicious ball of fire aimed at him. But the dragons don’t roast him on the spot and seem pretty cool with him regardless (as cool as a dragon can be, of course). This could be foreshadowing that fan theory that Tyrion could potentially be the 3rd head of the dragon….

And you thought sparrows were cute King’s landing is as boring as can get, but then again funerals (in this case Myrcella’s) are notorious for being big downers. Cersei is forbbiden from leaving the Red Keep by orders of King Tommen. Then he apologizes to mommy dearest. The most interesting part was the confrontation between Jamie and the High Sparrow. The former gestures to his swords as a veiled threat to the latter who encourages him to go ahead and do it. He then delivers a chilling, fearless “They’de never reach me before you struck. “But who are we? We have no names, no family. Everyone of us is poor and powerless. And yet together we can overthrow and empire.”

But the chilling factor goes to a Bolton. Again Last week the original creep, Roose Bolton, delivered a chilling threat to his equally creepy son (plus 3 bucketload of douche) Ramsay. And in this episode, the boy had to upstaged his father. First of all, he killed him which was a move no one saw coming; then, in the most Ramsay way possible, he decided to dispatch of his father’s wife, Lady Walda and her newborn son (literally a few hours born). The method was as gruesome as we can possibly fathom: an angry and hungry pack of dogs.

The Girl has no Name The character formerly known as Arya got somewhat back in the good graces of Jaqen H’ghar. Additional to have lost her sight, she has now lost her name. Last episode we saw Dorne, now we get to see Pike, which we haven’t in a couple of….seasons, perhaps? I don’t even remember anymore. We see Balon Greyjoy quarrel with his daughter Yara about “stuff”, then he storms out only to encounter what appears to be his younger brother Euron, or the ghost of Euron, or something like that. After a very brief conversation / argument where Euron basically says “dude, it’s my time to rule”, Balon goes flying down the suspended bridge he was standing in. The day of his funeral, they all stand there wondering who could’ve killed and Yara swear on her throne she’ll find out and the maester says, “bitch, please, we don’t even know if you are going to be on the throne”. What is the significance of all this? We don’t know yet. After the red woman lost her mojo last episode, Davos convinces her to try and do some of her magic to revive Jon Snow. And she tries and tries, but nothing happens (at least she gives the dude a wash and a haircut, making him more presentable). They all leave the room and it is at this point the producers of the show decide it is way to expensive to keep this actor on payroll if her going to just be liying there doing nothing, and thus, Jon Snow is back!

Now we’re talking, Game of Thrones! This episode was a vast improvement over the first one in pace and plot development. The third one already promises to be an even more exciting one!

What was your favorite moment of this episode?

Why can’t I watch Game of Thrones like everybody else?

5 reasons the Game of Thrones story is so incredibly appealling

The Night is Is Still Dark (and Full of Terrors)