The Night is Is Still Dark (and Full of Terrors) 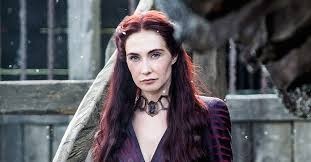 Game of Thrones Season 6 – Episode 1 Recap
The first episode of Game of Thrones was probably one of the most anticipated season premieres ever and with good reason. After the events that unfolded in the season 5 finale, you bet all of us fanboys and girls were desperate to have that one question answered…. [SPOILERS AHEAD] And the answer is course, yes, he is really dead and the first minutes of the episode get right to it. Exactly where that last episode left off, with Jon Snow’s lifeless body and the howls of his beloved direwolf, Ghost. The real question is though, is he coming back? That is not something that gets an answer in this episode though. What I did wonder was why the perpetrators of the crime decide to kill the dude and leave the evidence behind. The other major plotline, Daenerys, shows her being captured by the Dothraki. Lots of subtitled dialogue here, but not a lot of interesting developments. Another thing lacking? Dragons, especially Drogon, who remains MIA. Back in Mereen, Tyrion and Varys have their own post-mortem of events that led their ruler to flee and ponder about the future. Meanwhile, Daario Naharis and Jorah Mormont (aka Lord Friendzone) follow Dany’s trail. Back in King’s Landing things are pretty much as we left them, so not a lot of new developments. Cersei remains somber after her walk of atonment (shame!) with a glimmer of hope to the impending arrival of her beloved Myrcella. But we all know how that ends up. Margeary is still in jail. We get a glimpse of Septa Shame herself pushing her to confess. But alas, no confesion.

Finally, a Stark gets a break The highlight of the episode has got to be our beloved Mexican soap opera protagonist, Sansa Stark, who’s only missing blindness and amnesia (the latter would be a blessing, poor girl!) to fully fit the part. We see her running away with Theon and both almost get caught until Brienne of Tarth shows up to the rescue with Pod. They have a sweet moment where they vow their allegiance. Sansa finally seems to catch a break! One who’s not catching a break is Sansa’s douche of a husband, Ramsay, who gets a not-so veiled threat from the original (and way more terrifying) douchebag, Papa Roose Bolton. And speaking of Mexican soap operas, Arya is dealing with a bad case of blindness and seemingly homeless, however; after this episode we now know it’s all part of her training. Some training, am I right? CrossFit doesn’t seem so awful anymore. The series has been notorious for showing us so little Dorne and its colorful characters, it was quite the surprise to actually see a pretty interesting scene over there where Illaria and the Sand Snakes quickly dispatch the remaining males in the Martell house. I’m hoping this season shows us more of the Dorne we deserve!

Initially I thought the episode’s title had something to do with Melisandre’s magic reviving Jon or something like that, but we had to wait till the end to find out she’s keeping a mighty secret: she’s really, really, really old. She’s been fooling us all along with that ruby choker she wears all the time (I need to get me one of those!)

Overall, this was a pretty slow-paced episode that’s setting the stage for the more exciting bits to come.

What was your favorite moment of this episode?

Why can’t I watch Game of Thrones like everybody else?

5 reasons the Game of Thrones story is so incredibly appealling

Well, praise the Lord of Light!