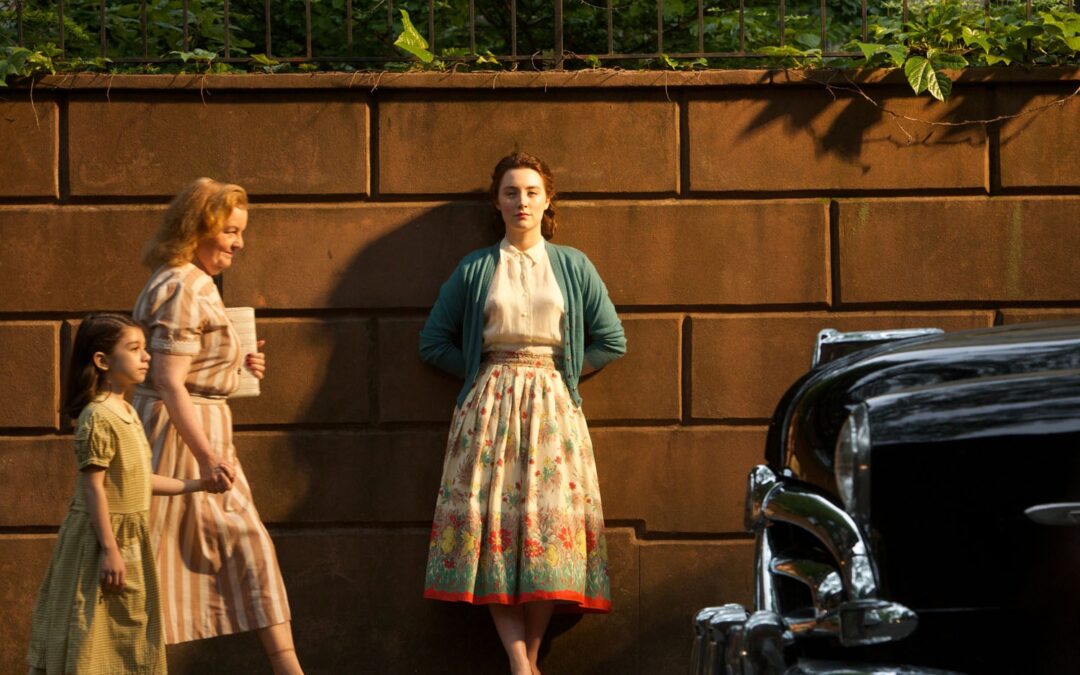 Based on the book by the same name, Brooklyn tells the story of Eilis Lacey, a young Irish woman who leaves her small town for America, in search of a better life. Her new life in Brooklyn proves challenging as Eilis tries to overcome homesickness and adapt to her new home. As time goes by she meets and falls in love with a young Italian man, but an unexpected event puts Eilis in a position where must choose between two countries and the lives that exist within. The movie stars Saoirse Ronan, Emory Cohen, Domhall Gleeson, Julie Walters, and Jim Broadbent.

Of all the award-nominated movies of the year, this one’s quite unexpected. Every other movie deals with a pretty rough topic, and although adapting to life in another country is no easy feat (speaking from experience here!), it’s by comparisson a sweet and endearing movie. What sets this movie apart is that although sweet, it’s not “sappy” like other romance stories. This is a film with depth and a lot of soul.

The biggest reason why this movie succeeds is in large part due to Saoirse Ronan’s outstanding performance. He see her character blossom from quiet and shy to bright and confident. The way that she portrays the conflict between her homeland, and this new place where she’s flourished is beautiful. No wonder she’s been nominated for every award under the sun, including the Academy Award for Best Actress.

The movie is also nominated for Best Picture. Although this a beautiful story and a very well made movie, it doesn’t seem to be a film with enough “pizzazz” to stand against its contenders. But don’t let that deter you from watching it. It’s a good, happy movie, a refreshing option in a sea of, well, grimm storylines

The Wolf of Wall Street