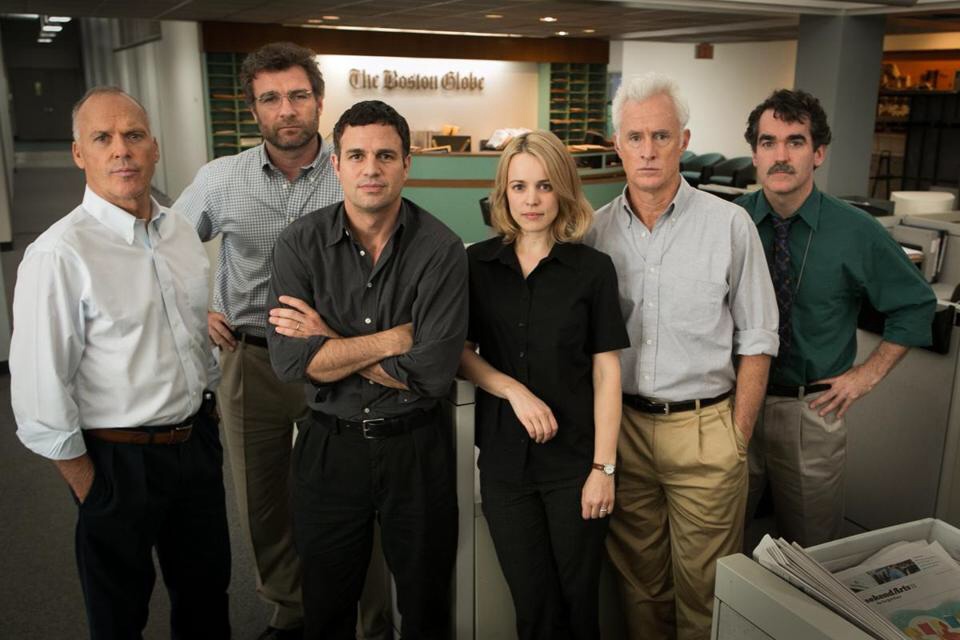 Based on a true story, Spotlight follows the Boston Globes’ investigation of several child molestation cases by Catholic priests in the Boston area and the subsequent cover-up by the Archdiocese. The movie stars Michael Keaton, Mark Ruffalo, Rachel McAdams, Liev Schrieber, John Slattery, and Stanley Tucci. Directed by Tom McCarthy

The movie follows a pretty linear narrative: Spotlight is the investigative unit of the Boston Globe newspaper that stumbles upon a news piece about this priest accused of child molestation. From then on, the reporters dig deeper into the story to uncover a much bigger issue.

This is not going to be a pretty topic, and yet this movie handles it gracefully. The movie skips all the sordid details of the cases the reporters investigate, while sticking to the facts of this outrageous scandal. It is a riveting watch. Scene after scene you’ll be so outraged at how such horrible facts stayed hidden for such a long time. And you’ll have a small sense of justice when it’s all out in the open.

This is one of my favorite movies this award season. It’s a smart movie that skips the melodrama and yet maintains a poignancy such a story deserves.

Dawn of the Planet of the Apes