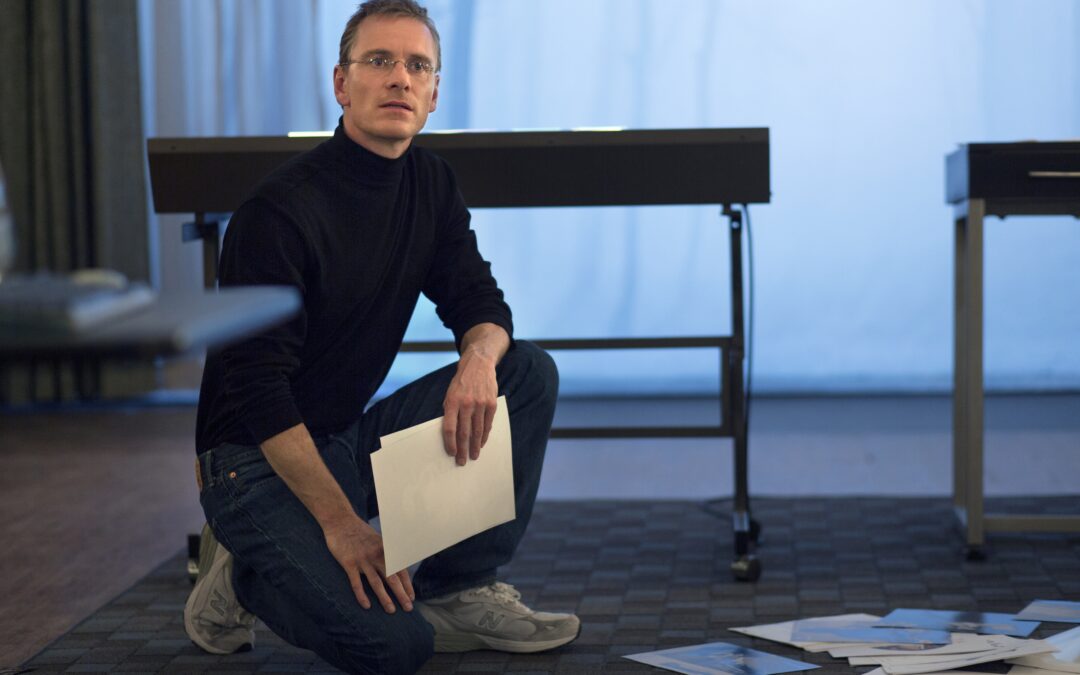 The movie, based on the book by the same name, covers the life of Steve Jobs in a span of 14 years, focusing on 3 key product launches in the digital giant’s career. The movie stars Michael Fassbender, Kate Winslet, Seth Rogen, and Jeff Daniels. Directed by Danny Boyle and written by Aaron Sorkin.

Between this one and the melodrama that was the Ashton Kutcher version, you can understand why the Boyle / Sorkin version has gotten so much praise. It is a well-written, incredibly performed piece about a man who equal parts visionary and asshole. Seriously, even in the silly Ashton Kutcher version Steve Jobs never comes off as your average Mr. Nice Guy. I guess it worked out well for all of us, says the woman typing this on an iPad while her iPhone sits not too far away. But I digress….

Back to the movie: Aaron Sorkin screenplay is pretty smart and complex; yet when in the hands of the main characters it sounds real and interesting. If it weren’t this year being Leonardo Dicaprio’s year, I’d say Fassbender deserves the Oscar for his performance as Jobs. Kate Winslet’s Joanna Hoffman on the other hand, will definitely grab herself an award, most likely. She’s already nabbed the Golden Globe and a BAFTA nomination.

The only donwside of the movie is that it feels a bit rushed, there is somewhat of a piece missing to make this one of those super exciting Sorkin flicks. Steve Jobs is not bad, nor boring, but it does feel at times like they took a chunk off too much in the editing room.

The Revenant – Or give Leonardo Dicaprio his Oscar already!